Announcement from Team Kentucky saying that anyone in the state 16 years of age or older can now get a COVID vaccine. Photo by vaccine.ky.gov (vaccine.ky.gov)

Announcement from Team Kentucky saying that anyone in the state 16 years of age or older can now get a COVID vaccine. Photo by vaccine.ky.gov

Why YOU Should get Vaccinated!

In the middle of last December, two-dose vaccines for COVID-19 by Moderna and Pfizer were authorized for emergency usage by the Food and Drug Administration. This marked the true beginning of the vaccine movement in America, with the first phase of people able to receive vaccines. This resulted in many health care professionals, and later, front-line workers, being able to get vaccinated over the span of a month.

Now, it’s been nearly four months, and the United States is making good progress. Over a third of the population now has at least one dosage of the vaccine, and almost a fifth is fully vaccinated, meaning that the country is getting closer and closer to achieving the herd immunity necessary to ward off the virus. With many states now opening up vaccinations to all ages from 16 and up, it is expected that within the next few months vaccination numbers will skyrocket. To track this data in real-time, visit https://covid.cdc.gov/covid-data-tracker/#vaccinations.

Considering this vaccination data, one statistic readily available is the age at which people are getting vaccinated, along with exactly how many people are vaccinated at those specific age ranges. One number which easily catches the eye is the smallest age range, which is those less than 18, which has the smallest number of people vaccinated at only slightly over half a million.

Data from last year available at Statista shows that people in the US from the ages of 15-19 make up 21.06 million. While this does include people outside of the 16-18 range which is the range shown in the vaccination data, it is still apparent that very few people in this age range have gotten vaccinated. While vaccinations are just now starting to open up to people of this age range, many are going to choose to not get the vaccine, regardless of availability.

Criticisms of the vaccine range from general distrust due to how quickly the vaccine was developed, all the way to conspiracy theories about microchips being contained within. While most people talking about the more ludicrous concerns about microchips and 5G radiation, many people are still going to choose to not get vaccinated, oftentimes for more grounded reasons.

To see more specific reasons as to why someone wouldn’t want to get the vaccine, I interviewed some people who don’t plan on getting vaccinated, at the very least, for the time being. They both said they were okay with their names being included in the article.

I’m going to wait a while until one above the rest is confirmed both safe and the best among the bunch.”

“I don’t trust it only because it was rushed, and there are various options so I’m going to wait a while until one above the rest is confirmed both safe and the best among the bunch.” – Blake Heller, 11.

To give contrast, I interviewed more people to see why they would want to get the vaccine. These interviews were held under the same conditions, the interviewees were given the choice to remain anonymous and they were conducted over text.

To compare, I interviewed a few people who said that they want to get the vaccine. They were given the choice of anonymity but chose to allow me to use their real names.

“It’s the responsible thing to do in my opinion, doing my part to reduce the spread.” – Aydin Khosrowshahi, 11.

“…I just don’t wanna get COVID. I trust my government and the companies making the vaccines because they haven’t given me a reason not to.””

“…it worries me a bit for how fast it came out as we really don’t know anything long term for it, but I also think it is the best for the current situation to try to deescalate the sickness rates.” – Ben Dean, 10. 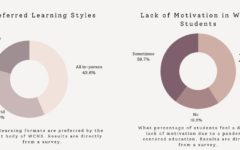 Student Voices: How Does WCHS Feel About Their Education During a Pandemic?

So, there are a few different mindsets that people seem to occupy. Either they want the vaccine, whether they are skeptical of it or not, or they don’t, at least for the time being. It seems that many people in the teenage demographic want to get vaccinated for the most part, likely to get their lives back to normal, as the pandemic has now taken over a year of their life from them and changed things, many of which for the worse. People have lost their lives, and it seems like the younger generation is fed up.

So, while most people seem to be interested in getting the vaccine, it needs to be an overwhelming majority in order to get the herd immunity we need in America in order to return (mostly) back to our normal lives. While, for the time being, vaccinated people still need to keep wearing masks, once everyone gets vaccinated, we should be able to ditch them. So, if you’re like most people and don’t favor wearing a mask to being able to breathe unobstructed, it would be wise to get the vaccine. If you’re 16 or over, then it is currently available for you. Go to vaccine.ky.gov and find the nearest location for you, or for convenience, schedule a vaccine appointment online at Kroger here in town or at UK in Lexington. 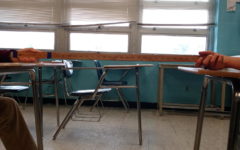 During the writing of this article, the Johnson & Johnson One-Dose COVID vaccine was suggested by the FDA and CDC to have its usage paused due to concerns over severe blood clots. However, this should not be a reason for people to be scared of getting the vaccine. These side effects are not a result of a “rushed” vaccine or testing, however, they are a result of the vaccine being used on a much larger scale.

Now that there are millions of doses that have been administered, it will now be showing the much more rare effects of the vaccine, and this is proven in the number of people with the symptoms. As of the time of writing, there have been 6 reports of clots in conjunction with the J&J vaccine, with only one casualty. It is recommended that people still get vaccinated, either by another brand of vaccine or by the J&J in due time.