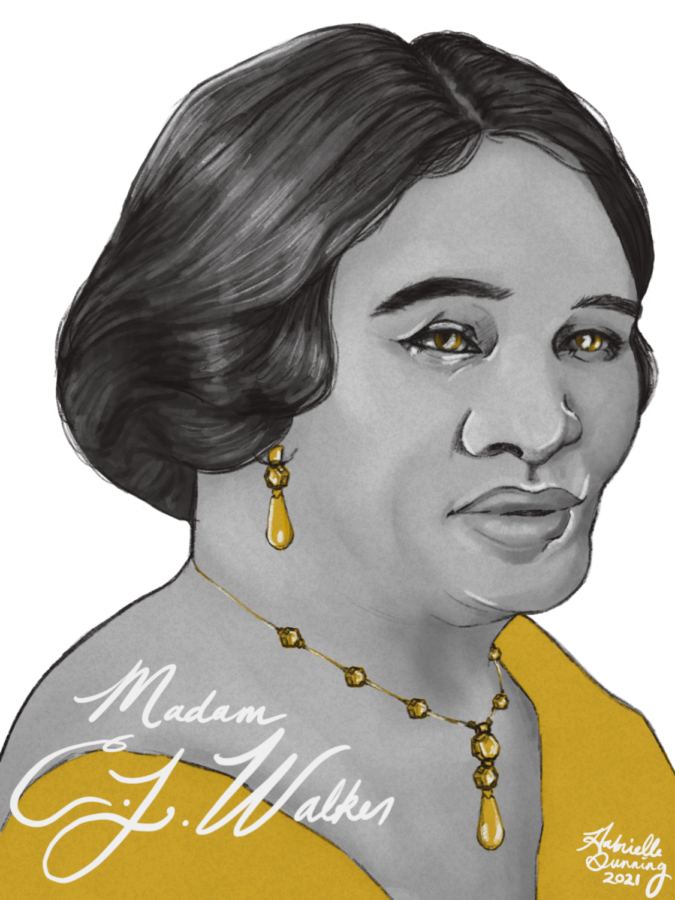 In the 1890s, Madam C. J. Walker created hair products for African hair-types and became the first woman to be a self-made millionaire.

Born Sarah Breedlove on December 23, 1867, on a plantation near Delta, Louisiana. She was the fifth child of the recently freed Owen and Minerva Breedlove – the first of theirs to be born free. Owen passed away in 1874, only a year after Minerva, leaving young Sarah an orphan. After their passing, she was sent to live with her sister, Lousinia, and her brother-in-law. Her early life was filled with hardships; she was orphaned at the age of 6, married at 14 (to Moses McWilliams, with whom she had a daughter, A’Lelia, in 1885), and became a widow at 20.

Madam C. J. Walker and 2-year-old A’Lelia move to St. Louis, where Walker balanced being a laundress with night school; She also sang in the choir of the St. Paul African Methodist Episcopal Church and became active in the National Association of Colored Women. While in St. Louis, she met Charles J. Walker who would become her husband and inspire the name of her eventual empire.

After developing a scalp disorder that caused skin infections and her to lose much of her hair as a result, Walker was inspired to create Black haircare products and came up with a treatment that would completely change the Black haircare industry. Her method, the “Walker System,” involved scalp preparation, lotions, iron combs, and her custom pomade, Wonderful Hair Grower, was wildly successful.

While other Black hair products, that were largely manufactured by white businesses, were on the market; Walker differentiated hers by emphasizing its attention to the health of women who would use it and sold her homemade products directly to Black women, using a very personal approach that won her loyal customers. She eventually went on to employ a fleet of saleswomen to sell the product whom she called “beauty culturalists.”

In 1905, Walker moved on to Denver, Colorado, with just $1.05 in her pocket. Her products like Wonderful Hair Grower, Glossine, and Vegetable Shampoo began to gain a loyal following and fortunes. Charles moved to Denver the following year and they were to marry soon after. At first, her husband helped her with marketing, advertising, and mail orders, but as the business grew, they grew apart and separated.

Just three years after moving to Denver, in 1908, Walker opened a beauty school and factory in Pittsburgh, Pennsylvania named after her daughter and just two more years later she moved her business headquarters to Indianapolis, Indiana, a city with railroads for distribution and a large population of African and Black American customers. She left the management of the Pittsburgh branch to A’Lelia, and at the height of production, The Madame C. J. Walker Company employed over 3000 people, mostly Black women who sold Walker products door-to-door.

Walker became one of the best-known African Americans and was beloved by Black press. The success of her business enabled her to move and live lavishly; her Manhattan townhouse became a salon for members of the Harlem Renaissance when her daughter inherited it in the 1920s. Walker’s reputation as an entrepreneur was matched only by her reputation for philanthropy. She established clubs for her employees, encouraging them to give back to their communities and rewarding them with bonuses when they did, and at a time when jobs for Black women were few and far between, she promoted female talent, even stipulating in her company’s charter that only a woman could serve as president. She generously donated to educational causes and Black charities, funding scholarships for women at Tuskegee Institute and donating to the NAACP, the Black YMCA, and dozens of other organizations that helped positively shape Black History.

Madam C. J. Walker died of hypertension in her home in Irvington-on-Hudson on May 25th, 1919, at age 51. Her plans for her Indianapolis headquarters, the Walker Building, were carried out after her passing and completed in 1927. She will always be remembered as a pioneering Black woman entrepreneur who inspired many, and the first black woman, self-made millionaire in America. 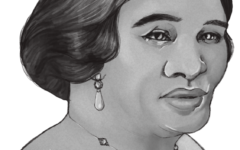