Internet Providers: Who Should You Choose?

So, since access to the internet is such a fixation of our everyday world’s, let’s get a little background on the internet. First off, you have to think that not everyone had a computer in the house and if they did then the family was more wealthy or it was provided by a job and with this, you didn’t always have the ability to just connect. You had to have certain hardware at which it was required to be bought by the end-user unless your job had required you to have some connection at either the office or on the go. You also have to think people didn’t just have what people do now. YouTube, Twitch, Steam, and other online platforms were not introduced until the late ’90s/early 2000s. The “web” as it was called wasn’t as big as it is now and with that, there was only limited use of the internet except for maybe some games which were multiplayer and to think about it in that back then you online had dialup really it wasn’t the best but was completely usable as no one wasn’t doing a multi-gigabyte download.

With a little intro to the internet, let’s get take a closer look at what is offered as internet connection options today: Dial-Up, Cable, Satellite, and Fiber. 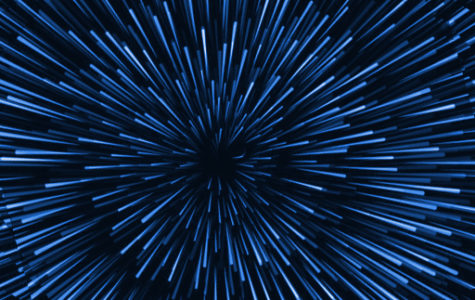 Dial-Up the first real kind of internet. This is where you’d be able to hear your computer dialing a phone number and contacting a service that would allow you to access sites and play games with friends, this also meant if someone needed the phone you would be kicked off the web and will not be able to access until someone is done with their call. Dial-Up has improved since it was first introduced...

Cable is another way to receive an internet connection. Companies such as Spectrum (Time Warner Cable)  used cable to send data to their customers. Now with cable comes the problem of when service is sent to a distribution box for a select area your bandwidth is shared in that box, meaning you can pay for the top package but only receive a fraction of the bandwidth you pay for. Cable is able to s...

Satellite internet is the third way to receive an internet connection. DirecTV (AT&T) and StarLink (SpaceX) are two companies that provide a satellite to you. These connections can be faster than Dial-Up and Cable but you run into the issue of if the satellite is blocked or if there may be a storm you can see some degraded performance. Note that some users always see degraded performance due to...

Fiber Optic is an option for an Internet connection that has shown some of the best results for most users. With fiber, you can see notable boosts from other connection types. Along with this with most if not all companies that provide a fiber connection provide a direct line to you from the distribution box meaning you have a dedicated line to yourself and you will be able to use all the bandwidth...

Phone hotspots or even Carrier provided hotspots are the last way to receive a type of internet connection. These are most recommended to people who are on the move a lot but for a simple phone that will not be the best option so some Carriers allow you to purchase a hotspot router that you can connect to and use with it being charged to your phone bill. This is the best option for people on the m...

What Service Provider Do You Need?

Choosing an Internet service provider can be difficult depending on who you are and what your needs are. The providers in Versailles can range from expensive to least expensive but can be problematic. Here are the plans and prices from the most used providers in Versailles, these options may also apply to other parts of Kentucky but some providers may not provide certain plans in said areas   ...