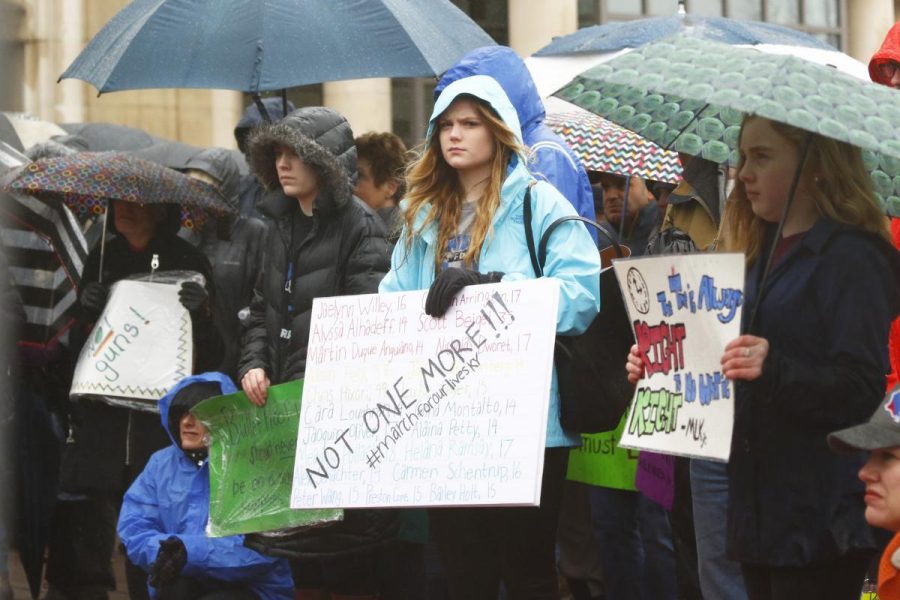 Students at the March for our Lives held in Lexington Kentucky in 2018. Photo by Rick Childress.

Recently, we sent out a Google form to ask for the student body’s opinion on certain gun control and school shootings. Some of the questions included, “Do you think stricter gun laws should be passed on a national level?” and, “Do you think gun control laws have anything to do with the number of mass shootings our country has endured?” Here are some of the results: 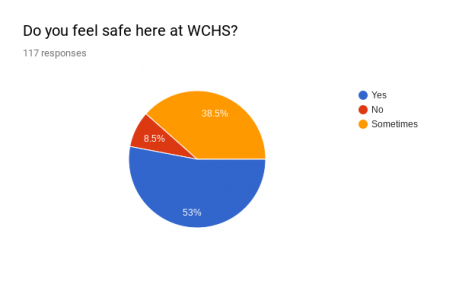 As shown above, 53% of the 117 people who took our survey feel safe at Woodford County High School. 38.5% say sometimes and 8.5% say they do not feel safe. This shows that the majority of the student body feels safe and secure on campus. 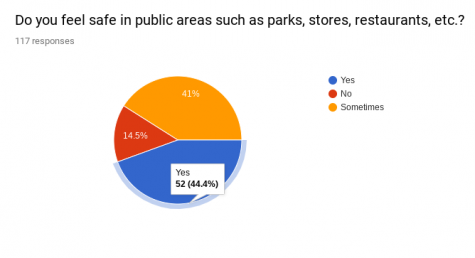 According to this chart, most of the people here at WCHS feel safe in public areas. However, more people feel less safe in public than they do in school. 41% say sometimes, 14.5% say no, and 52% say yes. 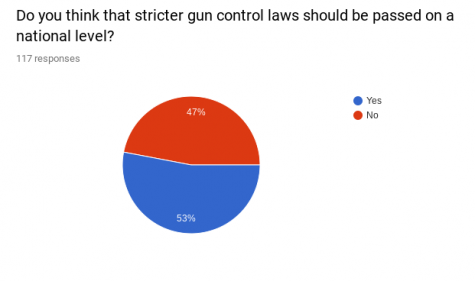 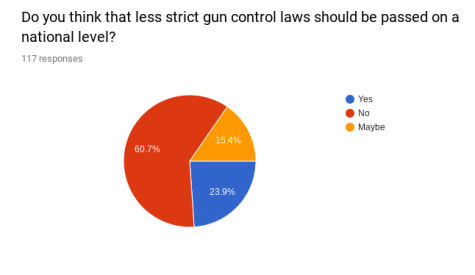 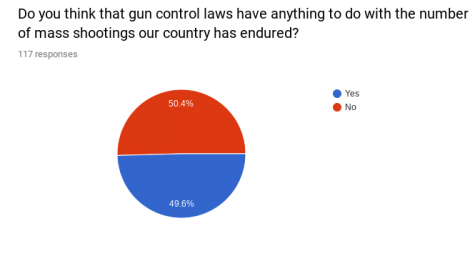 Based on these results, the majority of the people who took the survey think that stricter gun laws should be passed nationally. However, most do not think the laws on guns in our country have anything to do with school shootings. Students mainly feel safe at school and in public areas. Based on the survey, students tend to feel safer at school than in public places like parks and stores.