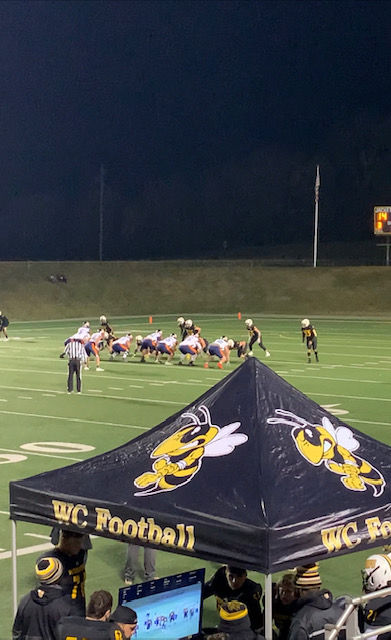 After winning their first playoff game against Madison Southern on Friday, November 12th, it’s now a record for Wofo of 11-0! They won their game 36-7! The football team has not been undefeated since 1988, and now they have everyone surprised and excited to see what they’ll do next!

I asked a few of my peers, “How do you think having the football team undefeated has affected everyone?” and after speaking with three different people, I got three unique responses:

Abigail Spencer (9) said, “I think being undefeated has made us egotistical.”

Anakah Wright (9) said, “I felt very excited and just pumped about it. I feel like this is going to be a great rest of the season!! GO JACKETS!!”

Cara Sheffler (9) said, “Woodford County High was last undefeated in 1988. It’s been a pleasure to be at all the home games and watch them win. I enjoy watching football so much and each time they win it puts a good mark on their reputation. The football team had made a big comeback since 1988.  Teams don’t even wanna play us because we’re undefeated. The high school football players really do put effort into what they do.  I’m so happy that Woodford has been doing awesome this year! I hope they can keep it up until next year.”